So I did this thing a while back, and it turned out to be surprisingly useful despite it being an imperfect solution. But I guess if it improves productivity and repeatability it can’t be all bad. So I thought I’d share, plus it gives me something to write about. Gotta keep those fingers busy! Anyway, there are a couple of neat, PowerShell-y things in these cmdlets that make them work really well together.

TL;DR get the code here

What have I done?

So I’m not sure if the stars were aligned just right, or someone switched the decaf with regular somewhere, or if CIO magazine ran an article entitled “Security, why you need it and how to get it”, but all of a sudden we had a group decision to enable host-based firewalls on all our Windows systems. That’s great! But with a lack of any meaningful configuration management tools or processes, that’s not so great. The eager, naive me said “No problem, we’ll use a GPO to enable the firewall and set rules for our most common traffic patterns, then the application and dev teams can handle creating local rules for their application traffic.” Oh sweet child, how nice that would be. In the real world that translates into phone call after phone call of either “Can you tell me what ports my app uses and make those rules for me?”, or more often, “You did something to my server and it’s broken now OMG fix it!”. There was the occasionally pleasant “Here’s the list of ports according to the vendor, please make rules”.

All those boil down to the same thing, I’m creating local rules on servers one at a time. PowerShell Network Security Module to the rescue! Say what? Windows Server 2012R2 only? Well I’ve got a pile of old 2008 servers (yeah I know), so I guess I’m stuck with netsh commands. But atleast we have PowerShell Remoting enabled on everything, so that’s a start. And ancient technology aside, reading the wall of text known as the firewall log is miserable, and not advisable for long term mental health. Also we really want to stop logging on to servers, that’s so last century.

So with those requirements in mind, we started with these three cmdlets:

So those three provided the basic functionality to get started. Huge time saver over the manual equivalent of each of those tasks. Now for our specific use case we were only focusing on inbound traffic, only allow rules, etc. so some of the extra stuff is obscured from the user to keep things simple. I’m a firm believer in “don’t give a user a button if they don’t need to push it.” Also, since I had a feeling we’d be using these commands in new and interesting ways, and probably building upon them, I did the PowerShell-y thing of outputting nice, clean, neat, objects. So we can take the output from Get-FirewallRules and pipe it right into Add-FirewallRule for instance. This is a huge benefit and used directly in the next few rules.

When writing a common set of cmdlets plan your input/output objects to be as uniform as possible with the idea that you’ll want to be able to pass them to and fro on the pipeline without any modifications. PowerShell likes this sort of thing.

So the next set of cmdlets came about after we started using the first few rules. We noticed we started getting the same sort of requests and having to do the same sort of work. Since PowerShell is awesome and lets you easily build upon existing commands, we’re able to make more unique cmdlets built upon the basic functionality we already created. For instance, we started getting requests like “Hey I have this new server can you just copy over the rules from my old server?” Now even with the existing get-firewallrules and add-firewallrule cmdlets that’s kind of a PITA. So we build upon those to make:

After a few troubleshooting instances of chasing down pesky programs with dynamic port allocations, we identified a common pattern. Find the blocked port in the log, login to the server and use netstat to find the process that opened that port, then use a process listing to find the executable path for that process. You do that more than a few times while someone is screaming on the phone about a broken application and you’re looking to automate that in a hurry. So we now have:

And last but not least is a small function that started as a one-off little script, but I found myself using it repeatedly so I decided to include it here. It probably breaks some rules about cmdlets doing one thing, but hey rules are made to be broken, or something. Anyway, this tool came about from the most vague requests of “I have no idea what my program needs, can you look at my server and tell me?” Umm, sure, I like riddles as much as the next guy. A good place to look for something like this is the service listing. Anyone who’s logged onto a server or two in their day (yes I know, we’re all supposed to stop doing that) is probably familiar with the built-in windows services. Maybe you don’t have them all memorized, but if you were scrolling through a list of them you might notice one that is uncommon, say a service that some application added. So let’s do that! It’s not foolproof, but it’s a decent place to start.

And that’s about it, a relatively useful set of tools that ended up saving a pretty rediculous amount of time over the equivalent manual processes. So let me just wrap this part up by talking about the development flow here. Notice how I separated the commands into those three groups, loosely based on creation time. The thing with projects like these is that it should never really be “done”. It’s like a cycle of improvement. So you identify a need, create a tool to fit that need, start using the tool, and evaluate again for new needs. New problems may present themselves because of the process change associated with the use of the new tools. So you circle back after you’re “done”, and do the same thing; identify a need, create a tool to fit that need. And just keep doing that, modifying and tweaking here and there until you’re all out of needs and everyone is happy and management starts throwing buckets of money at you and gives you a corner office and your own parking space, and…ok well maybe not all that but you get the idea. And lest you, dear reader, think of me as some sort of process genius, I totally didn’t come up with this idea. On the Internets it appears to be referred to as the Continuous Improvement Cycle, and is illustrated by this powerpoint-worthy diagram: 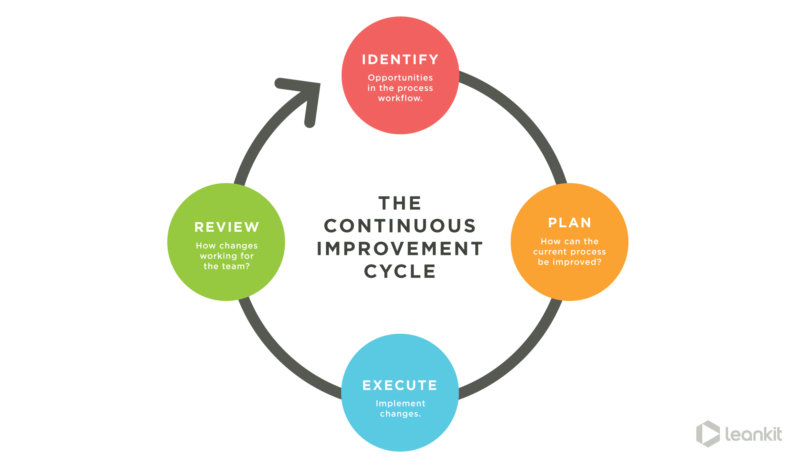 So this ended up being pretty big in its own right so let’s break here and do a “Part 2” to start going over the details of the various commands.

Next Fun With Windows Firewall p...